My Experience at FOSS Overflow

WatchParty is a chrome extension that aims to connect friends and families who live miles apart by watching Movies or TV shows together. The host shares a link to the intended viewers and when they open the link they all see the same content at the same time.

There is also a chat feature in the extension which allows users in the room to interact with each other.

How the video is synced

There are mainly two scripts being talked about here: The content script is responsible for interacting with the DOM elements on the current tab. The background script on the other hand is responsible for maintaining background tasks such as establishing the socket connection and handling chat messages.

The content script has event listners for button clicks for the play/pause button and the progress bar and as soon as the host seeks video the event listeners notify the background script that a change has been made.

Then the background script calls a function to fetch the video timestamps and the play/pause state, and then this timestamp information is then sent to the server via the socket connection

Then the server sends this information to all the users in the room via socket connections and the extension running for other users changes the timestamp of the video accordingly.

When you join a room 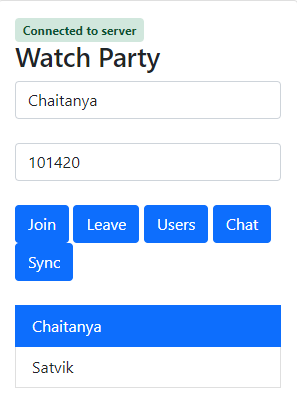 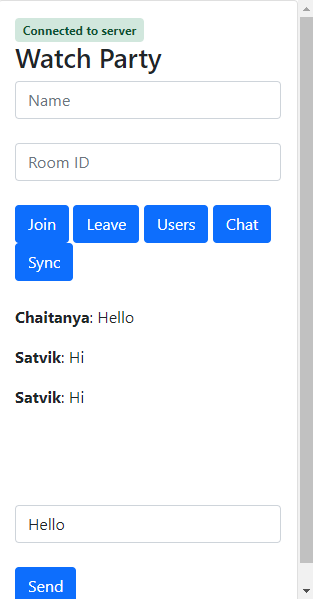 My experience on FOSS Overflow

This is my first comprehensive project on developing a Chrome Extension. Throughout the development of the project I got to learn a lot new things through trial and error. After hours of searching solutions on the internet, asking my mentors for help, I can confidently say that I have learned a lot and still got a lot to learn.

Some of the notable things I learned

Lastly I would like to thank my mentors @rishipurwar1 and @KShivendu for guiding me and helping me out in critical situations where I got stuck with a bug I could not fix myself. Having such talented and knowledgeable mentors have inspired me to learn even more things and contribute to large, open source projects and prepare myself for events such as Google Summer of Code.